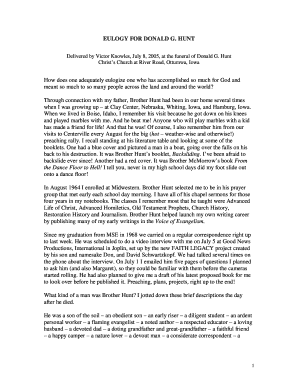 I only got to see him about once a year when I was young. I remember him and Dad sitting and talking horse. There were a few times we went fishing.

Once Dad and he went to Alaska on a hunting trip; I still remember the stories. In the spring of '93 I got to go to Australia with him and travel up the East coast doing clinics.

That was an awesome experience that would not have been possible for me, if it hadn't been for Grandpa Ray and Caroline. Anyone who really knew Grandpa knew there was no nonsense around him; you did it his way.

If you didn't, he would tell you exactly what he thought and he didn't care how it made you feel. I'm not saying that was right or wrong; that was Ray. Some of you I am sure he offended at times and encouraged at others. I'm not here to apologize or defend him. I'm here to remind you that he was a great man in the horse world, but he was still just a man.

My Father: A Eulogy To A Good Man From The Greatest Generation

He struggled with the same things in life we all do. The way he handled them was his choice. I see a lot of familiar faces here that also stand out in the horse world. A lot of you, whether you are aware of it or not, have a lot in common.


I'm not talking about horsemanship. I'm talking of being held on a pedestal and the deception that comes with that position of God-likeness. I'm definitely not accusing anyone; least of all Grandpa Ray. That is not my purpose. Note: Members of The Church of Jesus Christ of Latter-day Saints have a default helper access number, which is the last 5 characters of their membership record number.

Easier access to the accounts of those you help, plus receive customized information based on their tree.

Eulogy to My Best Friend

Overview Gallery People Find. Help Others. Yet I've never seen him visibly drunk, nor did he ever let strong drink cause him embarrassment, nor did he ever once get behind the wheel impaired. My father was responsible to the very end. How many elderly people do you know who put down their car keys and voluntarily announce that they are no longer fit to drive?

My father loved a good joke, including every imaginable kind of ethnic joke. Yet his humor was never mean spirited, nor designed to hurt or humiliate. I never once heard him utter a racial slur, nor did he ever treat anyone of any station with anything other than respect and kindness.

My father spoke openly of his admiration for the female figure, yet as far as I know he never kissed another woman besides my mother. And he loved my mother with every bone in his body, his visible affection overcoming his usual reserve. Dad's unflagging support for Mom's personal development in her career and in life created the perfect balance creating a childhood for me and my sister that today seems like a lost American dream. My father provided a home for his widowed mother from the time he and Mom were newlyweds, letting grandma build a second life filled with the joy of her grandchildren.

While Mom carried the burden of sharing a roof with her mother-in-law, Dad did his best to foster domestic tranquility. My father took in his in-laws when they became old and infirm, taking his turn changing his father-in-law's diapers. He and Mom took in his elderly sister when she neared the end. And responsible man that he was, as Dad faced imminent infirmity he made sure that he and Mom were well situated so that when he was gone she would be well cared for in a community of their choosing.

Only twice did I ever see my father cry. The first time was in November when president Kennedy was shot. The second was in December when my son, his grandson and namesake, was taken from us shortly before his 22nd birthday. And while I knew Dad was as torn up inside as I was, his crying ceased long before mine did. Because he knew it was his job to be the rock for me to lean on.

My father had a quiet dignity, respecting himself the way he respected others. As he faced his final days, his body ravaged with the cancer that ate his bones, he occasionally lost his good humor. But he never had one moment of self-pity. The day before he passed when the hospice nurse asked him how he was doing, he gave the same answer he gave every day. 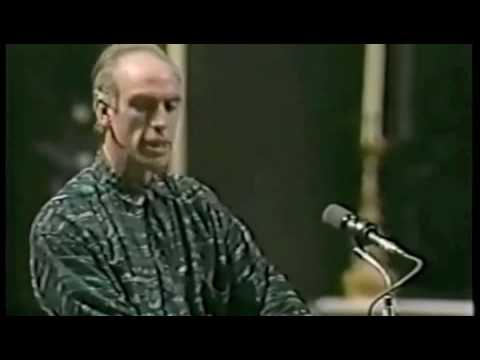 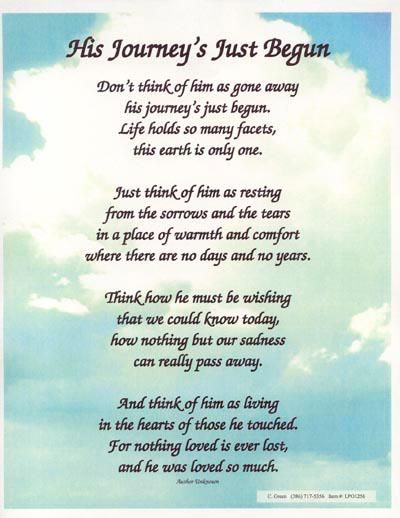 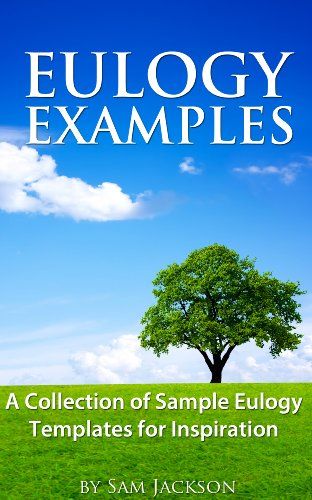 Related EULOGY TO THE HUNT